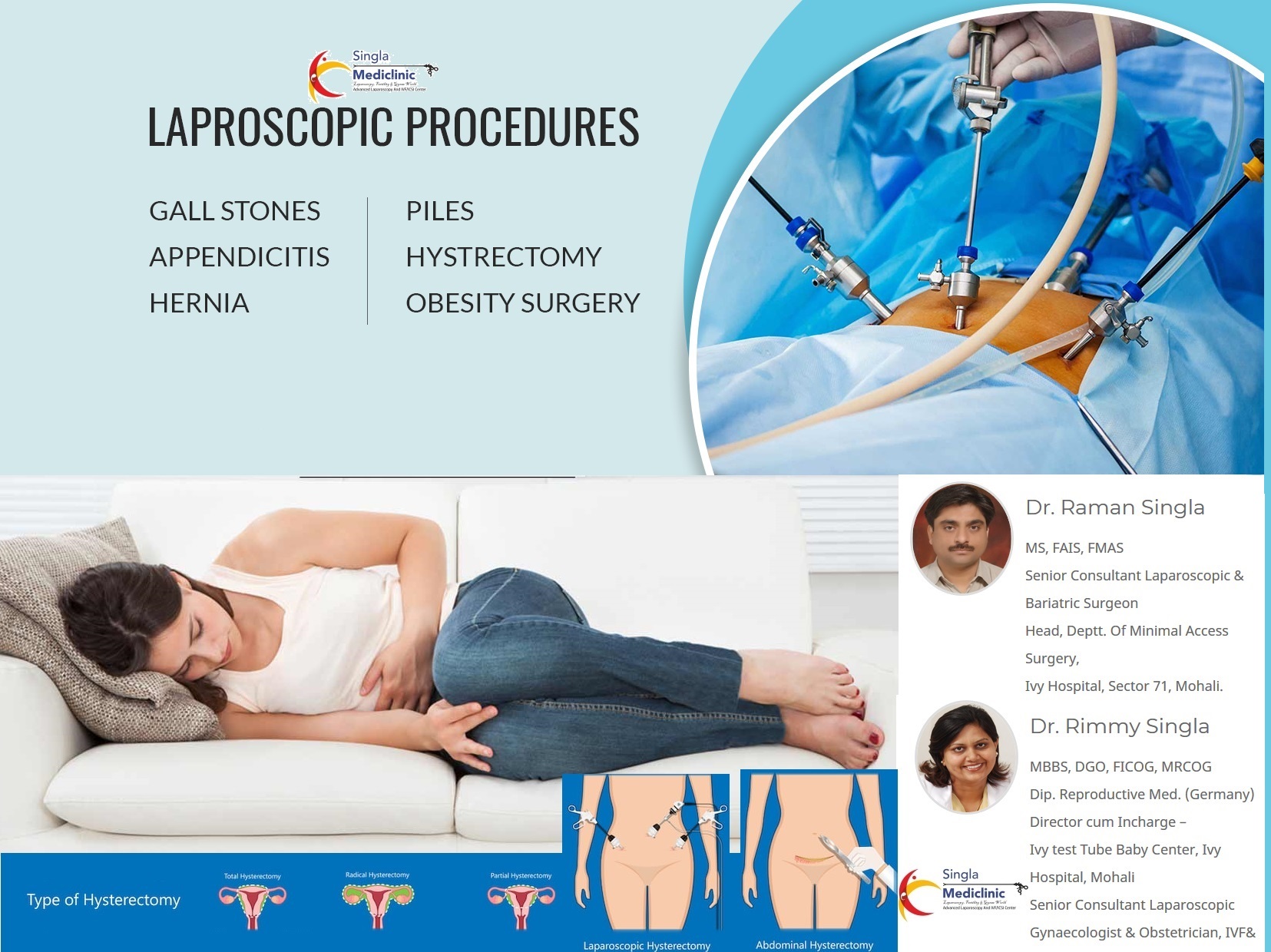 Our patient, Baljinder Kaur, who has been suffering from polio since childhood, leaving her severely physically disabled and an abnormally narrow pelvis, was suffering from heavy vaginal bleeding with clots and pain every month.

She was diagnosed to have large uterine fibroids. It was a distressing condition for her as she could not even lie down straight or move around on her own; leave aside take care of her painful heavy vaginal bleeding every month. She needed a hysterectomy. 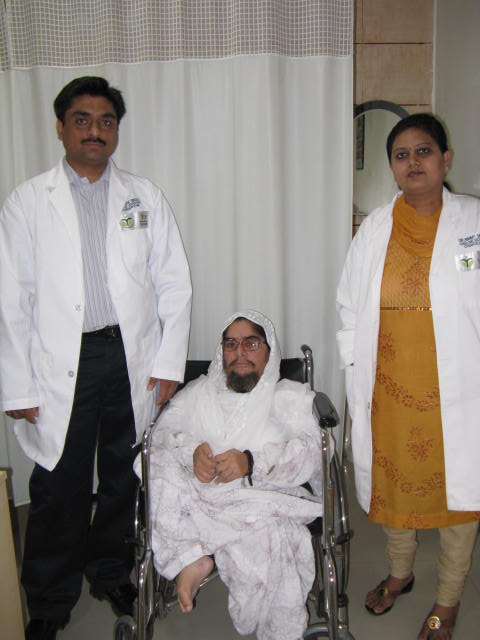 To quote another similar example from our series, Mrs. Sharma was miserable for last few years – heavy periods, lots of cramping. She had large multiple fibroids (largest measuring 10 cm) in her uterus, causing distressing bleeding and serious discomfort. She had earlier undergone Caesarean section. She needed a hysterectomy, she was told.

She had earlier been advised that abdominal hysterectomy was the best option — “so that one could see everything clearly,” she told. That involves a big incision in the abdomen, about five to seven days in the hospital, and nearly two months of recovery.

“I didn’t like the idea of abdominal surgery,” she says. “I am a house wife with a nuclear family, and a kid at home. I knew I needed to be up and about to take care of my home. I didn’t have time for the six- to eight-week recovery.” She had not forgotten the post operative agony of her previous Caesarean Section. 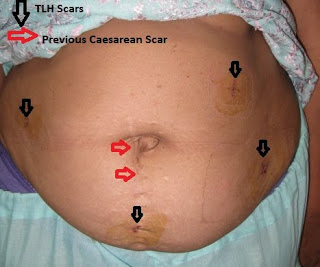 That’s when she got a second opinion, which resulted in a Total Laparoscopic Hysterectomy, by Dr. Raman Singla, at IVY Hospital. It left almost no scar, and she had minimal downtime.”One day later, I pretty much walked out of the hospital,” she says. “By the second day, I felt wonderful. I didn’t have the miserable pain.”

Total Laparoscopic Hysterectomy is a form of minimally invasive surgery that allows the surgeon to view the internal organs through a camera attached to a telescope through very tiny incisions. Laparoscopic surgery is used in Gallbladder, Hernia and Appendectomy surgeries, and has been adapted to surgeries in other fields also.

While upwards of 80% of all hysterectomies are abdominal surgeries, they could well be done as laparoscopic hysterectomies, doctors say.

The trend is indeed moving in that direction – and the patient’s recovery is the biggest reason. There’s a shorter hospital stay and recovery, compared to abdominal surgery, so return to normal activity is much quicker.

It’s easy to see why women opt for laparoscopic hysterectomy. Why suffer with a big incision if you don’t have to? Why have a month or more downtime if it’s not necessary? Compare the three options available:

* The laparoscopic-assisted vaginal hysterectomy, or LAVH – Only women with a relatively small fibroid, small uterus, and no previous caesarean sections can have this. Approximate recovery time: Two weeks.

* The total laparoscopic hysterectomy, TLH – even in patients with large fibroids, previous Caesarean sections – involves only small “keyhole” incisions, often made in the navel or abdomen. Approximate recovery time: One to two weeks.

Earlier laparoscopic-assisted vaginal hysterectomy (LAVH), which debuted in the late 1990s, was the commonly performed procedure. But total laparoscopic hysterectomy is a much newer concept – with the first cases performed in 2005.

The Pros and Cons of Total Laparoscopic Hysterectomy

Nearly any woman is a good candidate for total laparoscopic hysterectomy – ones with larger uterus, whether she has had a caesarean section or not, patients with endometriosis, etc.