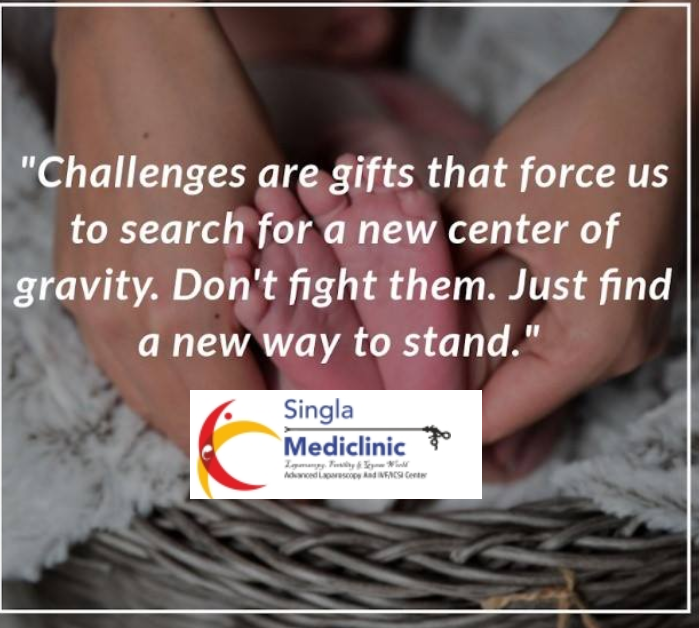 Dr. Rimmy Singla said there are early warning signals of infertility, which is defined as a failure to conceive after one or more years of sexual exposure without any contraceptive method. Another warning sign is trouble with menstruation. If a woman’s menstrual cycle does not occur on a normal basis. there’s a probability she will not ovulate normally as well. She said three major causes of infertility in women and four in men:- 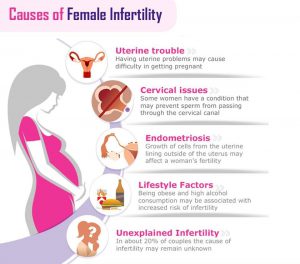 1. The most common cause of infertility in women is birth control pill related problems. Dr. Rimmy Singla Says, “After spending several years on the pill, some women have difficulty becoming pregnant.

2. Another major cause is Pelvic infections. There are the host of organisms that do a little damage here and a little there until eventually the damage causes infertility, she said.

3. The third is endometriosis which is called the “career Women’s disease”. Endometriosis is the abnormal accumulation of menstrual tissue in the Pelvic cavity. 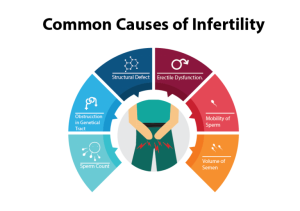 1. A major cause of infertility among men is a varicocele, which Dr. Raman Singla described as a varicose vein of the testicles. The varicocele causes heat which kills sperm.

2. Another cause is a reduced sperm count due to some outside factors, such as stress.

3. The third major cause of infertility among men is drug-induced. Medication for Hypertension as one and alcohol as another.

4. Sperm production problems are the fourth major cause and may result from trauma to the testicles. Such a problem could be irreversible, however, while the sperm count might not be high enough to result in natural conception through artificial insemination or in vitro fertilization(IVF) pregnancy could be possible.

Dr. Rimmy Singla (renowned IVF Expert) said advancements are being made in the treatment of these and other fertility problems.

Through Laser surgery, surgeons can literally carve out scar tissue, he said, resulting in a permanent cure and in vitro fertilization has resulted in pregnancies for those who would have no chance to have children otherwise.

It is important for couples struggling to have a baby to know that pregnancy is conceivable with the help of fertility specialists like Dr. Rimmy Singla. If you suspect a problem, call our office. We’d be happy to assist you!